Chika Unigwe’s book, On Black Sisters’ Street chronicles the sad odyssey of an army of young women prostitutes drawn from various parts of Nigeria (and the Sudan!) who invade Europe desperate to do for themselves and their clans what waves of prostitute African governments have neglected to do for them. The ladies, Efe, Ama, Sisi, and Joyce are the main characters in a set of stories that collectively narrate epic struggles in the face of fear and despair. In this well-researched book, Sisi leads this pack of warrior-sisters on the streets of Europe determined to force down the doors of poverty and hopelessness that forced them away from home. They go out daily in search of lonely men - and wealth, the new measure of respect back home in Nigeria.

There is plenty to like in the book. It is rich with environment, populated by colorful, pleasant details that do not overwhelm the senses. It is a book that will take you a few days to read – the prose is languid, seemingly in no hurry to get to a climax. I like the way Unigwe introduces side issues into conversations and they stick with you – issues like sexism and the treatment of women as chattel in Africa. It is a neat trick, how she tucks weighty issues into throw-away sentences.

Every character in this book is driven by a deep hunger. Perhaps the monotony of yearning is the story of a Nigeria gradually turning soulless from material lust. In the process, we have learnt to hate ourselves. Energy seems reserved for mimicking the otherness that resides in the West. Unigwe’s book showcases Nigeria as a nation of people deeply invested in acquiring the trappings of an otherness that emanates from the West.

God must be exhausted and Nigerians are to blame. The book captures the ceaseless supplications for more and more and the pious request for God to annihilate our enemies that stand in the way of our more and more. God must regret the day the devil tricked her into creating the Nigerian; we are such a needy group. We see the new Christianity as the new plague sweeping across a nation of uncritical thinkers.

The absurdities of life in Nigeria are expertly captured. Lagos is filth and dust at dusk advertising the meanness of neglect: The chapter named Ama was the best. It hearkens to the beauty of Chinua Achebe’s Things Fall Apart, of what happens when language is not in the way of the story. Here, Unigwe writes with confidence and her literary muscle barrels her voice into a full-throated roar. The expert way she weaves local Igbo and onomatopoeic idioms into the English is sexy, kpom kwem.

The book offers plenty to frustrate the reader. The prose is uneven overall; as a result the book sometimes has the consistency of pulp fiction. The use of Pidgin English in this book added nothing to the book. Unigwe’s knowledge of Pidgin English seemed tentative or perhaps watered down to make it more palatable to a broader market. Pidgin English has an image problem. In the hands of Nigerian writers it undergoes an extreme makeover and acquires an inferiority complex.

The book’s chapters are not numbered; they are repeatedly named after each “sister” or the street Zwartezusterstraat. There are about thirteen chapters named Sisi. Confusing. The chapters see-saw between multiple consciousnesses; the reader is force-fed the future up front and in the next chapter, the past walks up to the day. The reader learns of the future death of one of the characters – on the first few pages of the book.

The book is not quite convincing in its analysis of how the girls chose prostitution. It is not for lack of trying. Indeed, Unigwe is guilty of an over-analysis of the characters’ motives. She obviously interviewed a lot of prostitutes. One wonders if they held back from this sister who went to too much school.

The plight of Nigerian girls in Europe is the most visible symbol of the wanton rape of generations of youths by badly behaving Nigerian rulers. Unigwe appears however to have no stomach for conflict. Europe harbors a huge contingent of ladies from Edo State in Nigeria. There seems to have been a deliberate attempt to avoid this reality. The chapter named Alek (Joyce) is my least favorite. It reads like an exhausted affirmative action afterthought. The character was developed as coming from Sudan, escaping the war, ending up in Nigeria and then Europe after her soldier-lover got bored with her. Darfur does not belong in this book. The chapter sits like a patronizing ode to the notion that prostitution is universal.

On Black Sisters’ Street is a good story fiercely resisting flight because it is airborne on timid wings. This is a shame because Unigwe has the muscle to communicate proprietary feelings using Standard English. My humble advice is that Unigwe should relax and take maximum advantage of her mastery of loose limber prose and let the words fly recklessly with her imagination. That would be quite a book.

Ikhide Ikheloa lives in the US and is a regular contributor to Literary Magazines and Newspapers.

Posted by The Blogmaster at 3:30 AM No comments:

The 2010 Wigtown Poetry Competition is now open for entries.

Full details can be found on our website here.

Please forward this email to any interested parties and do not hesitate to get in touch if you need any more details for listings. Just email poetry@wigtownbookfestival.com.

The Wigtown Poetry Competition is the largest in Scotland with a first prize of £2,500, runner up prize of £750, eight additional prizes of £50 each and a Gaelic prize of £500. The winning poem and runner up will also be published in the Scotsman, or its sister paper Scotland on Sunday and the winner will be invited to appear at the Stena Line Wigtown Book Festival 2010.

************
Many more poetry and short story competitions are listed in the Eastern Light Clubhouse
http://www.easternlightepm.com/ch/

Posted by The Blogmaster at 4:18 AM No comments: 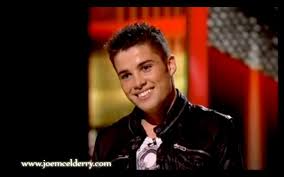 All of us at Eastern Light EPM rejoice with Joe McElderry on his great triumph in xfactor 2009. We wish you a long and successful career.

Olly Murs, we voted for you too. Where you got to, you have no excuse not to do well from there. We also wish you a successful career.

Eastern Light Team
Posted by The Blogmaster at 12:36 PM No comments:

Tiger Woods announced today that he was putting away his golf club indefinitely as he tries to save his marriage, to try to become a better husband, father and person. This is very commendable. Family should come first. Woods has afterall achieved the highest goals in golf and has made himself a vast fortune. He really has nothing more to prove and could easily retire for good right now.

But it has also emerged that it was his wife Elin, who gave him the ultimatum: 'Golf or me.' It appears that Woods has chosen her over golf, at least for now. Hopefully, and for Elin's sake, the break Woods has taken should be a very short one. Tiger knows nothing else other than golf. It has been his life since his toddler days, and if Elin draws it out and Tiger sits at home, the guilty man fiddling his thumbs, doing nothing but look at her face, he might soon become quite resentful.

It ought to be sufficient for Tiger Woods, after apologising to his wife, to have taken a short break, and then quickly return to what he knows best.

There is absolutely no doubt that he has learnt his lesson, his reputation is in tatters, and so far, with some sponsors not standing by him, limiting or reducing what they do with him, it has also been financially expensive for him, though not as expensive as a divorce would have been. Tiger has also dishonoured himself in the eyes of his children by being unfaithful to their mother. Although they are too young to understand it right now, this is something, given the very public nature of his admission of transgression and the global reprimand, that his children will grow up to know, and he simply cannot explain that to them. The pain that will be in their eyes when they confront him will be far worse than anything anyone else can say to him. It will be far greater than any financial losses.

Tiger Woods is not going to rebuild his reputation by staying at home like a grounded schoolboy, and he certainly would regain the trust of his wife by sitting by her side all day long singing 'I love only you, Elin'. Like the saying goes, if you love something, set it free.
Posted by The Blogmaster at 2:33 PM No comments:

For the full information on the competition and to read the judges' report go to http://www.sentinelquarterly.com
Posted by The Blogmaster at 7:33 AM No comments: